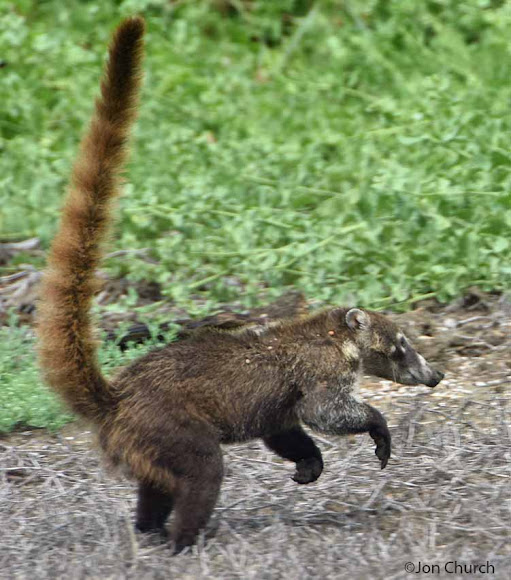 White-nosed coatis inhabit wooded areas (dry and moist forests) of the Americas. They are found at any altitude from sea level to 3,000 m (9,800 ft), and from as far north as southeastern Arizona and New Mexico, through Mexico and Central America, to far northwestern Colombia (Gulf of Urabá region, near Colombian border with Panama). There has been considerable confusion over its southern range limit, but specimen records from most of Colombia (only exception is far northwest) and Ecuador are all South American coatis.

Spotted in Parque National de Huatulco Cacaluta. It was a few hours after a rain and he was busy digging in the dry area of a lagoon. I was able to get unusually close before he spotted me.