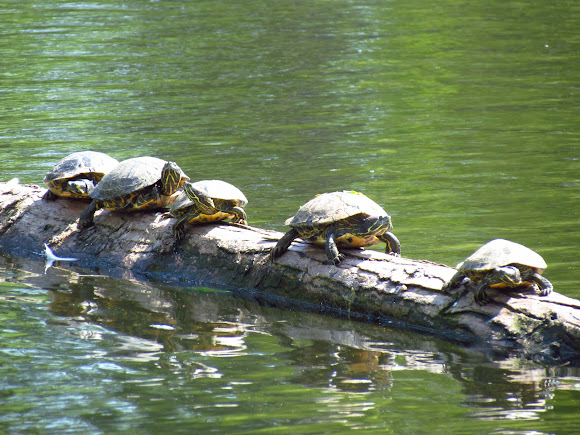 Initially assumed they were fake decorations, until they started moving. Given the open nature of the pond, I assume that they live there naturally and are not considered 'captive.'

These are red-eared sliders, an introduced species. They are commonly sold as pets and then get released. The only native turtle that comes close in appearance is the western painted turtle. The features that identify it as the slider are the red spot behind the eye (see turtle #2 in picture 2) and the yellow plastron (bottom shell).