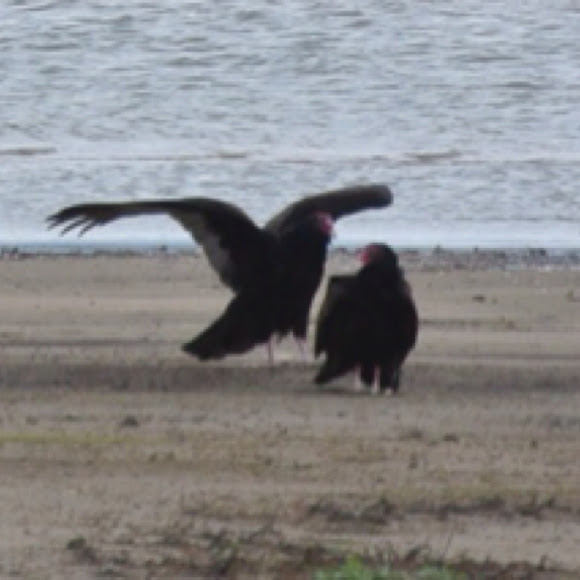 Medium vulture, mostly black with red, featherless head and upper neck. Wings are held in a shallow V in flight. One of the few birds of prey that is able to use its sense of smell to find food. They are attracted to the smell of mercaptan, a gas produced by the beginnings of decay.

Turkey Vultures, like other carrion birds, are protected from disease associated with decaying animals by a very sophisticated immune system. Like its stork relatives, it often defecate on its own legs, using the evaporation of the water in the feces to cool itself. Unlike most birds, they have a keen sense of smell allowing it to find dead animals below a forest canopy.