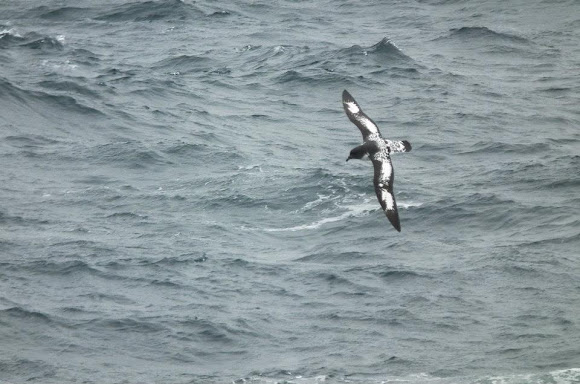 An unmistakable petrel. Black head and neck, with white underside. The undersides of the wings are white with a black border. The back and upper wings have the beautiful white-and-black checkerboard pattern, and the tail is white with a black band along the tip. Fairly small, probably about the size of a black-headed gull. They feed primarily on small crustaceans, mainly krill. They followed our ship in large flocks, and are very numerous.

Open ocean, but returning to land for breeding. Found throughout the Southern Ocean, right down to the Antarctic continent.

One of the most common birds on my trip, they would hang around in large flocks. Also one of my favourites!

I can see why such a bird is one of your favorites! The patterns on the wings is just stellar!