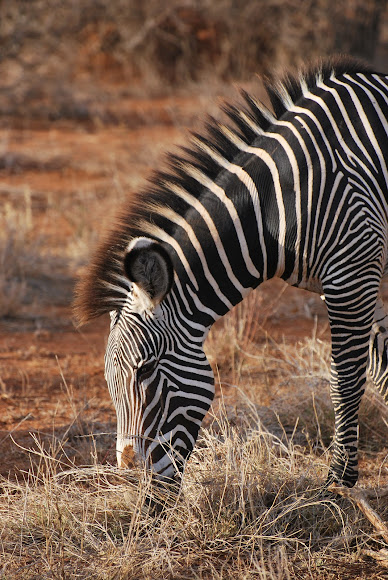 A beautiful Grevy's zebra, spotted in Samburu National Park, Kenya. These striking zebra have much narrower stripes than the more common Plains zebra.

The Grévy's zebra, also known as the imperial zebra, is the largest living wild equid and the largest and most threatened of the three species of zebra, the other two being the plains zebra and the mountain zebra. Named after Jules Grévy, it is found in Kenya and Ethiopia. Compared with other zebras, it is tall, has large ears, and its stripes are narrower.

I did not know there was more than one species of Zebra...Great shots! thank you for the your great information and thank you for sharing Chris :)