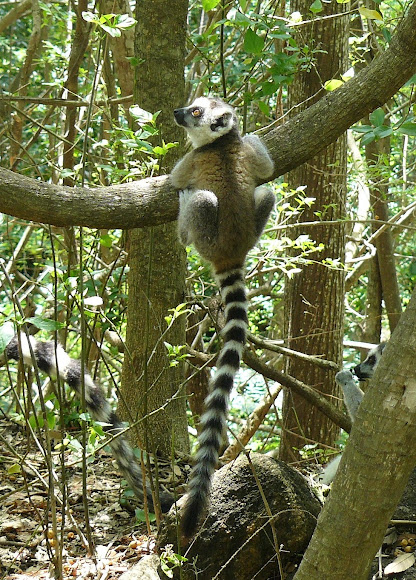 Living in large mixed-sex groups of up to 30, these lemurs with their black eye patches and ringed tails are unmistakeable

The Anja Community Reserve is a woodland area and freshwater lake, situated at the base a large cliff. Much of the reserve is dominated by fallen rocks and boulders and there are two small caves providing habitat for bats and owls. This reserve has much sheltered habitat in the pocket of forest that has established between the vast boulders.

The reserve is home to the highest concentration of maki, or ring-tailed lemurs, in all of Madagascar. The people, who have a belief in not eating the maki, used to sell the maki to outsiders. However, after finding that 95% of makis in Madagascar are now gone, the people initiated the formation of a nature reserve, effectively establishing the world's largest congregation site for makis. Due to its high biological, cultural, and natural importance, scholars have suggested the possibility of its inclusion in the UNESCO World Heritage List.