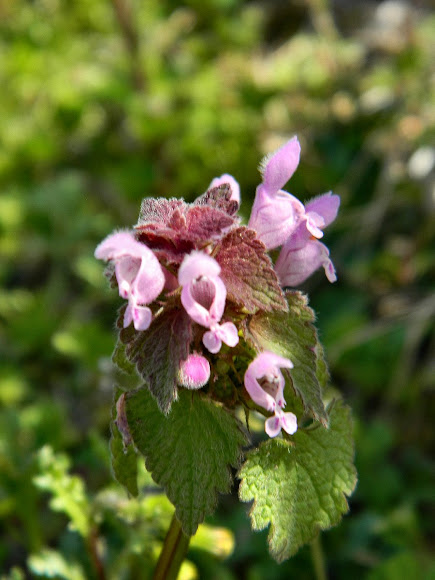 Lamium purpureum, known as red dead-nettle is a herbaceous flowering plant native to Europe and Asia.Though superficially similar to species of Urtica (true nettles) in appearance, it is not related and does not sting, hence the name "dead-nettle". The flowering plant was spotted in Fillipoi archaeological site in Makedonia, Greece.