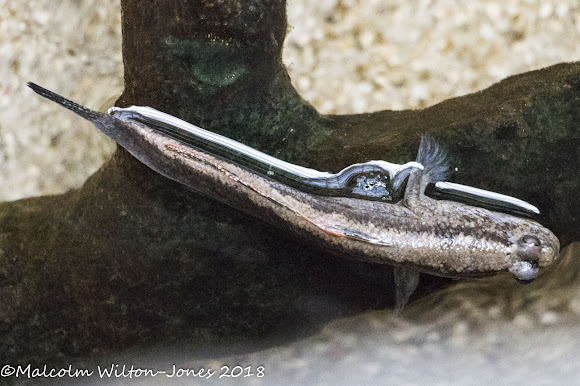 The placard only stated Periophthalmus sp. of which there are 19 known species out of a total of 43 species in 10 genera. These ones appeared much smaller than those I have seen in the Mangroves of Malaysia which tended to be Blue-spotted and Giant Mudskippers. Opened dorsal fins may have provided a better clue but the closed fins do show traces of red and blue which may imply the Australian P. variabilis or similar.

The Living Rainforest, a simulated tropical environment in a large greenhouse with flora and fauna from around the world.