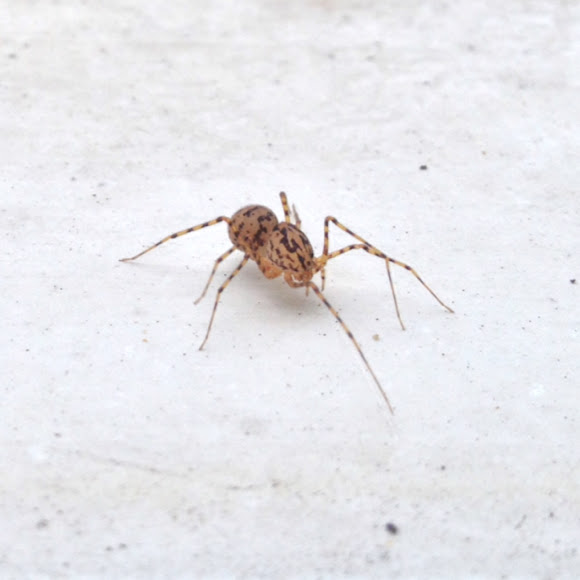 This spider is now relatively rare and has only been recorded from older houses. It has a distinctive appearance with an extremely large domed head. It is a pale straw yellow with black markings. It is active at night and rarely seen in the day unless disturbed. Its method of prey capture is very unusual in that it constructs no web and moves extremely slowly. The enlarged head contains a set of modified poison glands that have evolved to produce a sticky glue. This is fired at the spider’s prey from its jaws while they vibrate rapidly. This results in a zigzag of glue that lands on the prey, pinning it to the ground.