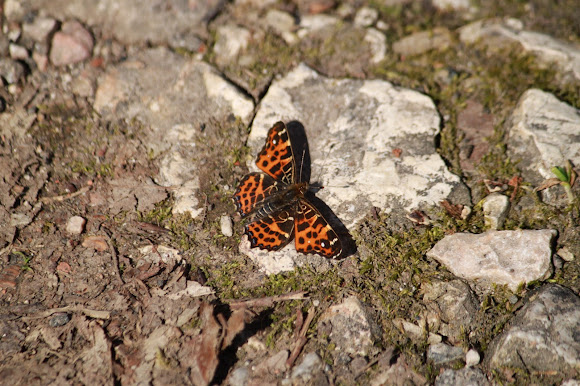 This delightful little butterfly is best-known for having two forms, levana and prorsa that represent the spring and summer broods respectively. levana individuals are primarily orange in color, giving them the appearance of a small fritillary, whereas prorsa individuals look more like a very small White Admiral. It is common throughout the lowlands of central and eastern Europe, and is expanding its range in western Europe.

Araschnia levana inhabits forests, parks and bushy to wooded wetlands. The adults usually occur only as nectar guests in open areas such as limestone grasslands. The caterpillar lives on partly to fully shaded nettles and only in autumn occasionally in sunny stocks.