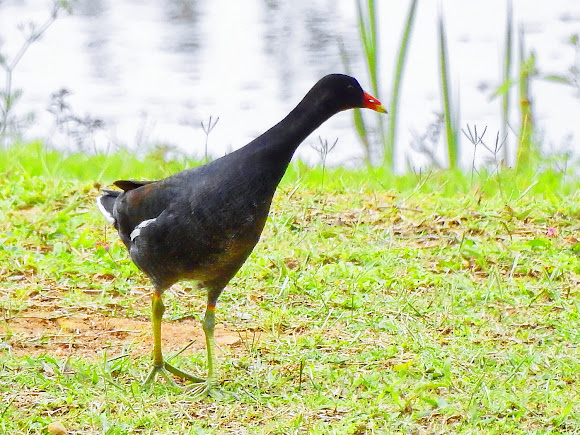 It dark gray color with a series of white lines, broad, below the closed wing and under the tail. The head, has a large red frontal shield that joins the nude and red skin at the base of the beak.It has legs and yellow feet. The leg is red.

It can be found in Brazil and throughout most of the planet, with the exception of Australia and New Zealand. On the American continent is reproduced locally from northern Canada to northern Chile and Argentina, and in the Caribbean islands. The gangs that inhabit the colder regions of the north American continent migrate south during the winter in that region.