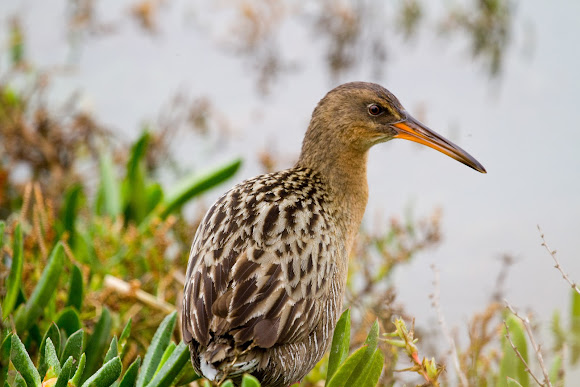 It is found along the east coast of North America, the coasts and some islands of the Caribbean, and across northern South America to eastern Brazil. On the west coast, it breeds from central California through Mexico and south to northwestern Peru. Despite this wide range, numbers of the Clapper Rail are now very low on the United States' west coast, because of destruction of the coastal marshland habitat. The largest population of the western subspecies, California Clapper Rail, R. l. obsoletus, numbering somewhere between 1,000 and 1,500 birds, is in San Francisco Bay; there is a small inland population along the Colorado River. On the US east coast, populations are stable, although the numbers of this bird have declined due to habitat loss.

Visible during a high tide