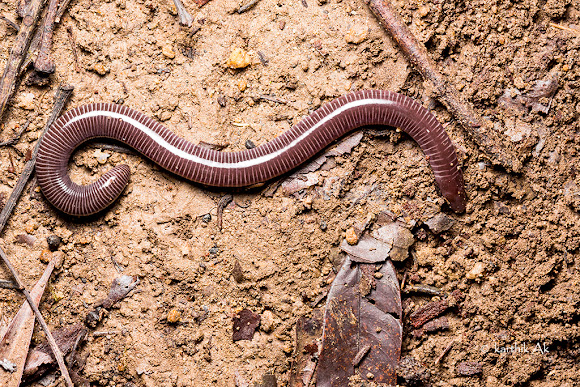 The place was not wet as it is supposed to be in this time of the year. We started exploring the forest floor. The leaves were almost dry with very little moisture. I started to look under the rocks and logs, only to find lots of termites and ants. One of the log was free of ants and termites, i knew there would be something but never thought i would see a caecilian. It was very calm and not moving. I had never seen a caecilian so calm. After documenting, left him under the same log under which he was found. Most of the caecilians that i have come across is during night and in streams. Earlier in july i came across 2 caecilian larvae in Agumbe in morning, in a small rain fed stream. They were very fast and were moving upstream. And a few adults in Amboli at night in streams. This was my first caecilian in this part of coorg!!

Under moist rock, under decaying logs, under moist leaves, in moist soil, in streams, along the streams

Exact ID is not known.

I love the story too!

Congratulations KarthikAk!!! I had never heard of these until I saw your spotting. Thank you for sharing!!! :)

Congratulations KarthikAk! This spotting is our featured SOTD! Thank you for sharing such a cool creature with us. Love the comments regarding this find!

What a beauty! A caecilian would be awesome to see