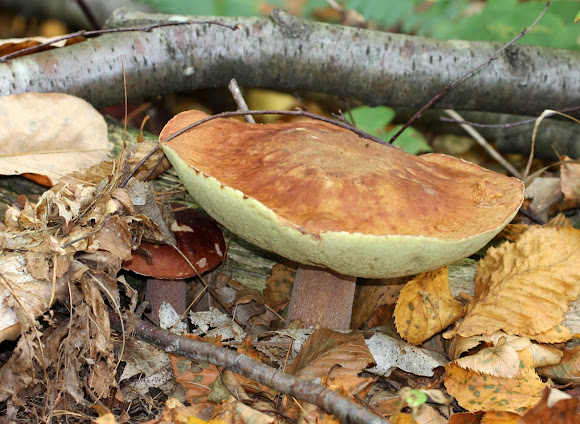 There were two boletes growing together from the leaf litter. They were growing out from under some rotting wood. The large bolete had a brownish orange cap, yellow/olive pores, and a reddish brown stipe with white reticulation. The flesh seemed to bruise grayish when cut into. The pores were spongy and there was a slight mark when I cut into them. The cap of the smaller bolete was more red, but otherwise they had similar features.

They were growing in a mostly deciduous forest.

This is the first spotting of this species on Project Noah