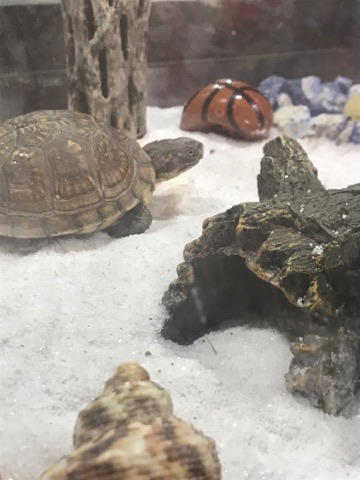 So summer time means turtles time, and my friend almost hit this yellow mud turtle. He brought it to my house to see if it was okay in a tank and I told him to release it back where he found it but not before snagging a pic for my Noah haha. This guy was so grumpy. Yellow mud turtles show parental behavior and stay with their eggs until they hatch. They're also one of Kansas native turtle species that isn't Endangered in some form, being listed as Least Concern by the IUCN.

Found in North Eastern Mexico and into the Midwest and Southwest American States.