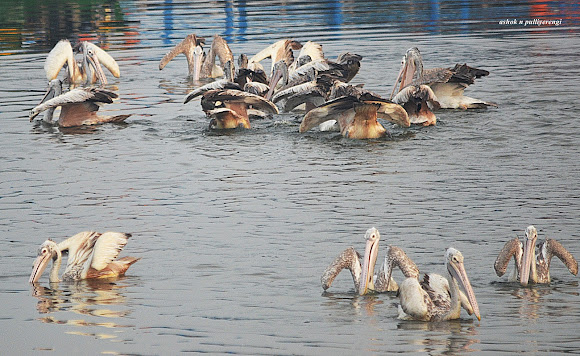 this taken is among the last remaining colonies in a lake called muttukad lake that can reached by east coast road from Chennai to Pondy....The populations in southern India are thought to be on the rise.Estimates suggest that increased protection has since enabled a recovery in their numbers and the status of the species was changed from Vulnerable to Near Threatened in the 2007 IUCN Red List

have observed them following fishermen on catarman boats