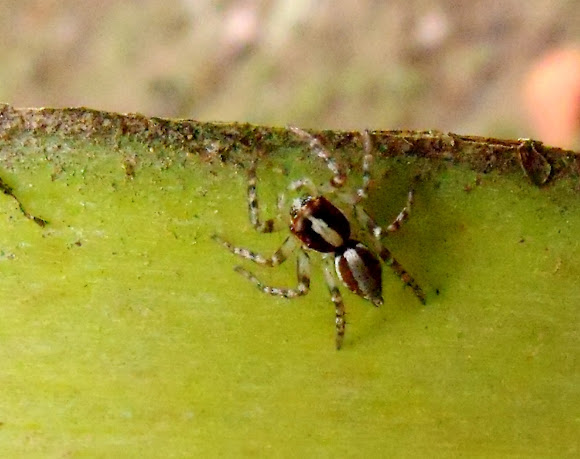 The jumping spider family (Salticidae) contains more than 500 described genera and about 5,000 described species, making it the largest family of spiders with about 13% of all species. Jumping spiders have some of the best vision among invertebrates and use it in courtship, hunting, and navigation. Though they normally move quietly and fairly slowly, most species are capable of very agile jumps, notably when hunting, but sometimes in response to sudden threats