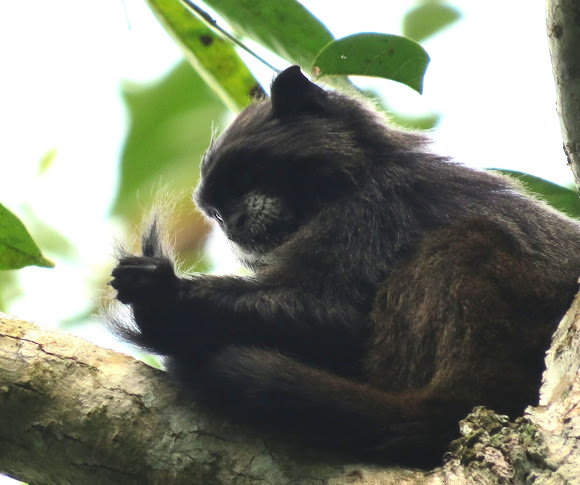 Graells's tamarin, Saguinus graellsi, is a species of tamarin from the northwestern Amazon in southeastern Colombia, eastern Ecuador and northeastern Peru. It has often been treated as a subspecies of the Black-mantled Tamarin, but differs from that species in having a dull olive-brown (no reddish-orange) lower back, rump and thighs.[3] The two are often said to be sympatric in Colombia (a major argument for treating them as separate species), though the accuracy of such reports has been questioned. Wikipedia

What a cute little guy! I love the second photo's angle!

Nice shots! I'm sure these aren't easy to photograph high in the canopy. It seems like everyone has been to Ecuador this winter!