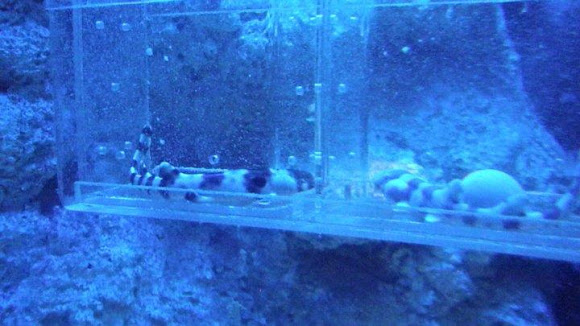 Baby bamboo sharks, around 10-12 of them. They were in different stage of development. Some still had their placenta, other were free swimming, ranging from 1 day old hatchling to 3 week old. These are bieng captive bred to be released later to the wild.

An aquarium tank around 200 gal. housing all of them They were by themselves so that no other species stressed them.

NOTE: this species was seen in a aquarium in Brisbane, this is not a wild seen shark.

Hi Brian, did you know there is a mission for Captive Animal spottings? http://www.projectnoah.org/missions/7973...