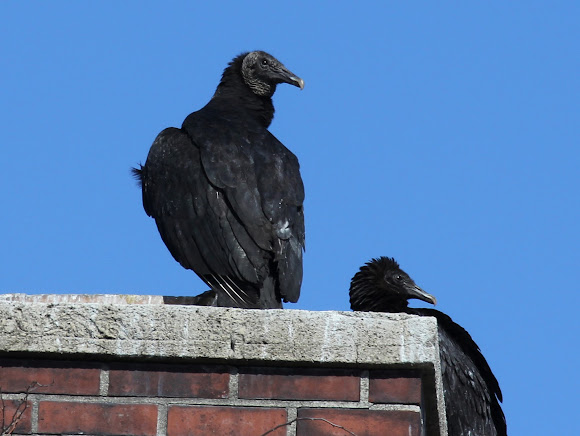 Black Vultures are large, but compact raptors. They have small, bare, black heads with narrow but strongly hooked bills. Feathers are black, except for white patches on the underside of their wingtips.

I spotted these vultures on the roof of an old building on the edge of town. They are frequently seen in this spot in groups of up to 20. In the first 2 pictures, there were only a couple vultures resting on the chimney, but a few hours later several others had joined the group (last 2 pictures).

These birds are relative newcomers to Connecticut as they were once an exclusively southern species.