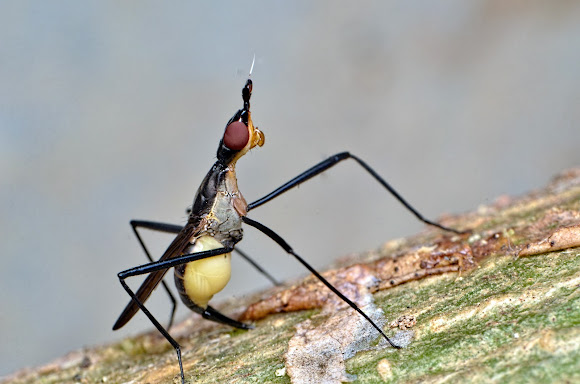 Some species are known as cactus flies while others have been called banana stalk flies and the family was earlier treated as subfamily of the Micropezidae which are often called stilt-legged flies. Neriids differ from micropezids in having no significant reduction of the forelegs. Neriids breed in rotting vegetation, such as decaying tree bark or rotting fruit.