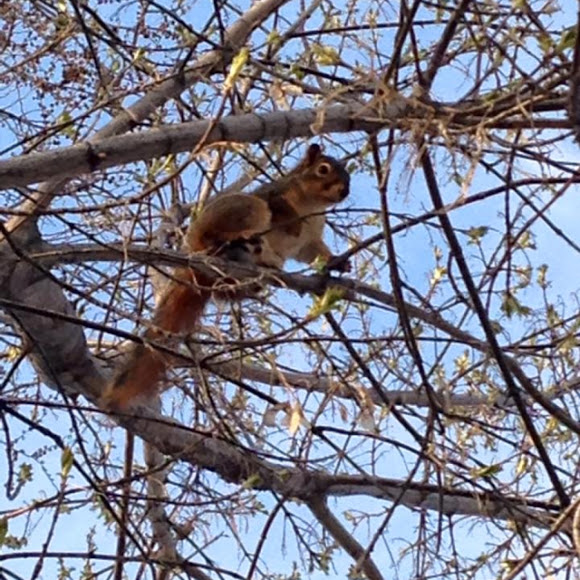 The fox squirrel's natural range extends throughout the eastern United States, north into the southern prairie provinces of Canada, and west to the Dakotas, Colorado, and Texas. They are absent (although sometimes vagrants) from New England, New Jersey, most of New York, as well as Northern and eastern Pennsylvania. They have been introduced to both northern and southern California,[6] Oregon,[7] Idaho,[8]Montana,[8] Washington,[8] and New Mexico.[8]While very versatile in their habitat choices, fox squirrels are most often found in forest patches of 40 hectares or less with an open understory, or in urban neighborhoods with trees. They thrive best among trees such as oak, hickory, walnut, and pine that produce winter-storable foods like nuts. Western range extensions in Great Plains regions such as Kansas are associated with riverine corridors of cottonwood. A subspecies native to several eastern US states is the Delmarva fox squirrel