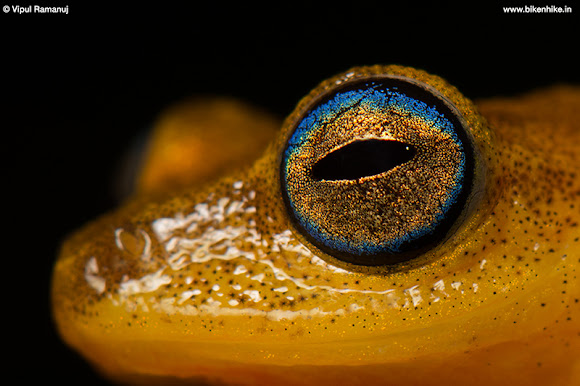 Formerly known as Blue-eyed Bush Frog, named after its' distinct blue eye ring. These are one of the endemic species of Frogs recorded in the Western Ghats of Karnataka.

Tropical evergreen forest of Agumbe. The forests of Agumbe are a part of the Western Ghats. The Western Ghats have an exceptionally high level of biological diversity including many endemic species. Many new species of Amphibians have been recently discovered. It is also recognized as one of the world’s eight hottest hotspots' of biological diversity, inscribed in the UNESCO World Natural Heritage sites list in July 2012

Amazing capture of a beauty....