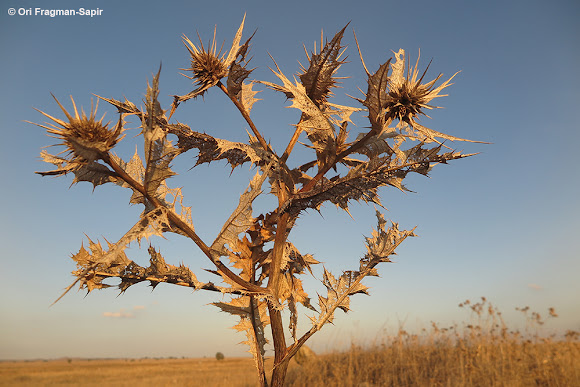 Gundelia tournefortii is a perennial tumbleweed of the arid Middle East. In the lowlands it blooms in March-April, in the heights of Mt Hermon it blooms in May. It is an ancient element of the Asteraceae family, the flowering head is composed of many single flowered heads. As mentioned before, after drying the plant breaks and tumbles in the fields, thus dispersing the seeds in many locations. The plant's base is edible (called akub) and collected by local Arabs for salads and stews. It was over collected and this is why today it is a protected species.