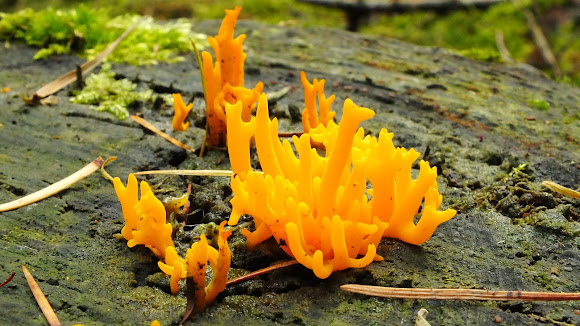 Bright orange or orange-yellow, up to 10 cm tall, greasy and viscid, with antler-like branches often forked near the tips, hence the common name Jelly antler fungus is sometimes given to this species. In dry weather, the colour can become orange-red.

This wood-rotting fungus is found in most parts of mainland Europe as well as in many other regions of the world including North America. Calocera viscosa grows on roots and stumps of conifers.