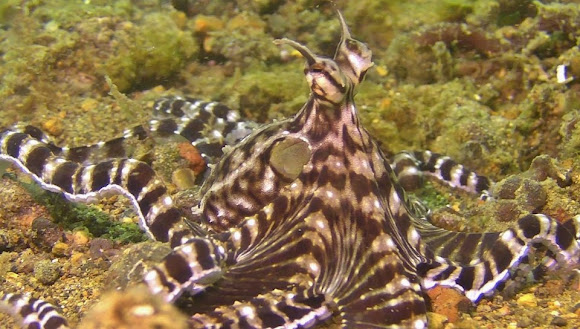 Mimic Octopus is a very interesting Octopus and the reason for its name. It can camouflage very well on the sandy/rubble bottom of the sea, but more importantly, it can mimic other sea life like Sea Krait/Snake, Lion Fish, Flouder, Feather Stars and probably lots of other stuff. Picture 5 shows the Mimic Octopus interacting with a Mototi/Occelated Blue-Ringed Octopus