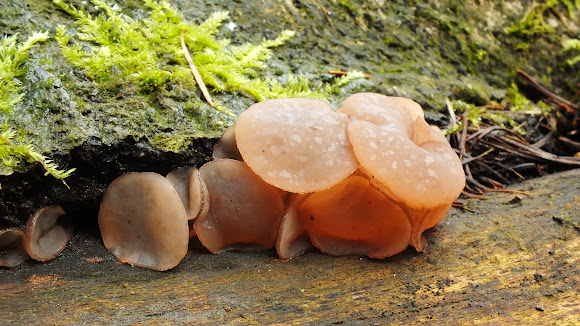 Pinkish-ochre, gelatinous fruitbodies initially shaped like spinning tops but eventually distorting as they push up against one another in groups, becoming more cup-like. This species is quite variable in size, the individual cups being typically 0.4 to 1.5 cm across and up to 8 mm tall. A brain-like form, Neobulgaria pura var. foliacea has a folded structure.