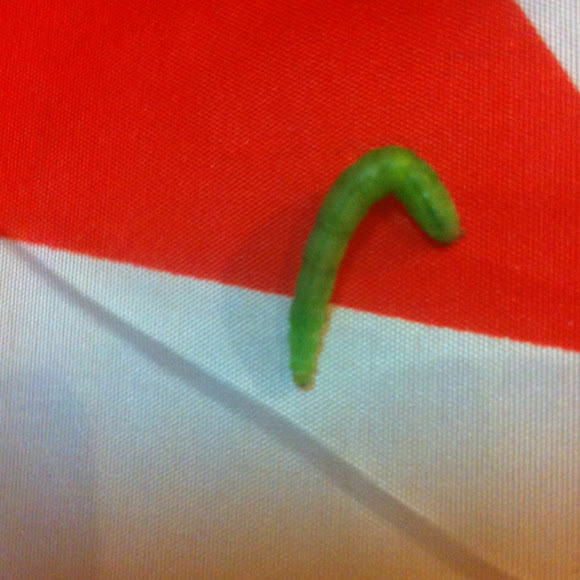 The caterpillars are accordingly called loopers, spanworms, or inchworms after their characteristic looping gait. The cabbage looper and soybean looperare not an inchworm, but a caterpillar of a different family. In many species of geometer moths, the inchworms are about 25 mm (1.0 in) long. They tend to be green, grey, or brownish and hide from predators by fading into the background or resembling twigs. Many inchworms, when disturbed, stand erect and motionless on the prolegs, increasing the resemblance. Some have humps or filaments. They are hairy or gregarious and are generally smooth.