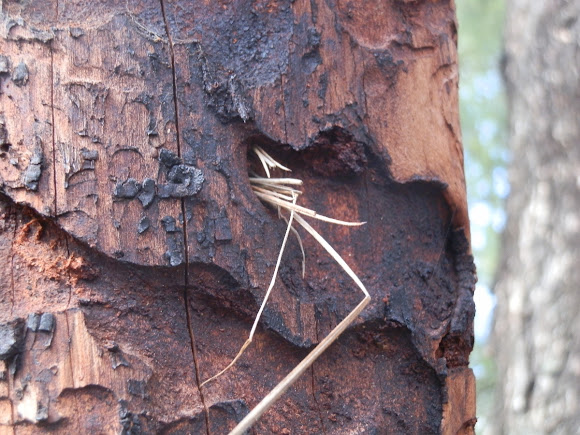 The trunk of a dead dried black wattle tree with borer holes. Most holes on the tree were set deep in tunnels with a woody overhang and appeared to be ovoid -but I could be wrong. What was interesting was the holes were tightly stuffed with what looked like grass. The grass was dry so they could have been there for a while.

I thought this was the work of a passerby, but holes high up on the tree also had grass in them. I tried to tug at the grass and some came out after much tugging - the grass appeared to be bent and twisted at the point where it was pulled in.
I've been furiously researching trees, borers, moth, beetles, etc over the last two days but have come up with nothing. If anyone has any ideas about this interesting insect behaviour, please comment. Thanks.