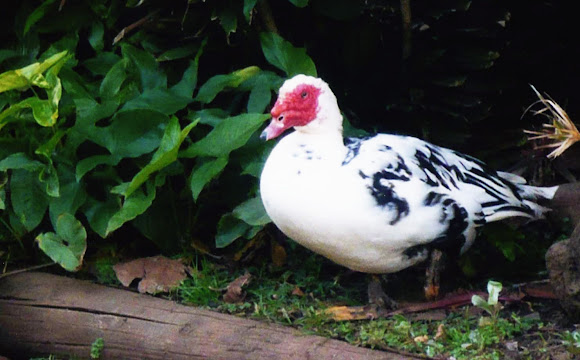 Another species from South/ central America that has spread across to Hawaii. The bird is predominantly black and white, with the back feathers being iridescent and glossy in males

This one was seen at the tropical fruit plantation In Maui however this non-migratory species normally inhabits forested swamps, lakes, streams and nearby grassland and farm crops and often roosts in trees at night.

Wow, I'm not surprised. At least I don't see them in NY!

It's nice that in your description you included the native range of the muscovy duck. They have certainly cropped up all over Hawaii! Please consider adding your spotting to this mission: http://www.projectnoah.org/missions/1763...