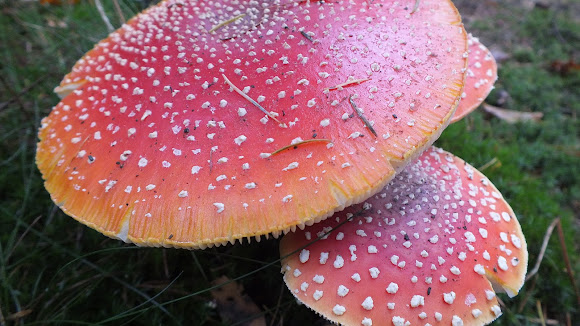 Thank you, Marta. Yes it is definitely a good year, hopefully the fungi season will go on for a while. I'll be on the lookout for your fungi spottings :)

Lovely! This year is amazing for mushrooms. I have also found huge Amanitas in my neighboring woods (Meerdaal in Belgium). I will post them much later as I still have many spottings to go...What I did not see yet is a collared earthstar, these are really pretty..keep posting, Jae! ;-)