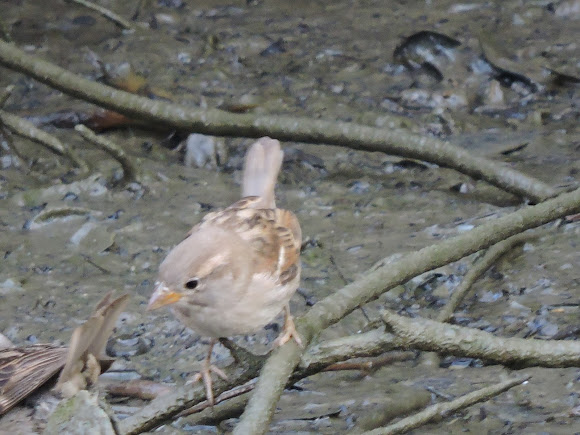 source: http://www.jacobijayne.co.uk/21-facts/ 1. Once one of Britain’s commonest birds, numbers have crashed in recent years. London lost three-quarters of its sparrows between 1994 and 2000. 2. In some urban areas the population has fallen by 99%. 3. The cause of the sudden decline remains a mystery, though many improbable theories have been put forward, ranging from unleaded petrol to the use of mobile phones. 4. When sparrows were at their most numerous a century ago, there were many sparrow clubs whose members competed to kill the most birds in a year. 5. Though a long-established resident of Britain, it’s not thought to be a native, but spread naturally north from North Africa. 6. Man has always had a love-hate relationship with the cheeky sparrow. They have been introduced successfully to numerous countries around the world, including both North and South America, East and South Africa, Australia and New Zealand. 7. The common sparrow in eastern Asia is not the house sparrow but its cousin, the tree sparrow. 8. DNA research has shown that 15% of offspring are the result of either the cock or hen mating with another partner, confirming the sparrow’s reputation for sexual infidelity. 9. They are very sociable birds, often nesting in colonies. 10. Their adaptability can be gauged by the fact that they have been found living and breeding 2000ft underground in a coalmine; others have been recorded living their whole lives inside warehouses. 11. Few birds are happier in the company of man than the house sparrow, and for much of the year it is rare to find them far from human habitations. 12. House sparrows are non-migratory, but urban flocks traditionally moved to the countryside in the late summer to feed on the ripening grain fields. 13. Though adults are mainly vegetarian, young birds need a high proportion of animal matter (insects) in their diet when first hatched. 14. They are quick to learn new feeding habits, soon adapting to taking food from suspended nut feeders, a habit first noted in the late 1960s. 15. They have been observed catching moths, attracted to a light, at night. 16. The distinctive Italian sparrow is thought to be a stabilised hybrid between the house and the Spanish sparrow. 17. They frequently take over the nests of house martins, while in many parts of Europe they often nest in colonies in the base of white storks’ nests. 18. Most pairs will try and raise at least two and often three broods a year. 19. Incubation takes just 11 days, and two weeks later the young will leave the nest. 20. Cats are major predators of juvenile house sparrows, killing large numbers of the inexperienced birds soon after they have left the nest.