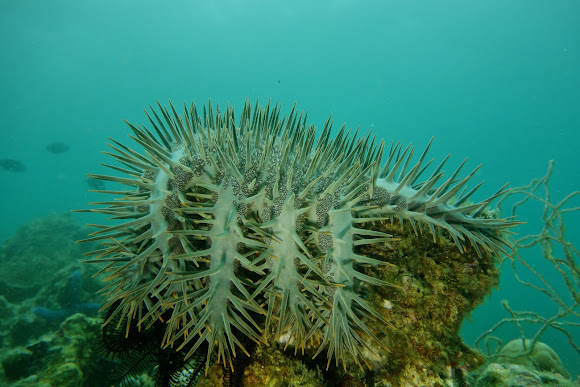 A. planci has a very wide Indo-Pacific distribution. It is perhaps most common in Australia, but can occur at tropical and subtropical latitudes from the Red Sea and the east African coast across the Indian Ocean, and across the Pacific Ocean to the west coast of Central America. It occurs where coral reefs or hard coral communities occur in this region.

Occasionally, there is an outbreak of Crown of Thorns, signs of which are their abundance and the 'white skeletal' remains of hard corals they feeds on. Some scuba divers or Dive Centers will then organise Crown of Thorns collection to get rid of them.