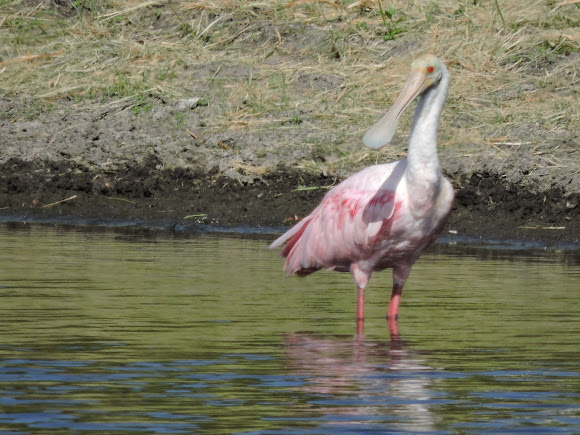 The collective noun for spoonbills is bowl as in have you ever seen a bowl of Roseate Spoonbills? Roseate Spoonbills get their pink color from their food because they feed on crustaceans who in turn have fed on algae. There are six species of spoonbill in the world and the Roseate Spoonbill is the only one with pink plumage and the only one in the Americas. The beaks of chick spoonbills are straight. The spoon-shape grows as the chick develops. Spoonbills use their specialized bills to feed by sweeping their open bills through the water, and when a prey item like a fish or insect comes between the mandibles, the bill snaps shut. The oldest wild Roseate Spoonbill was an amazing 16 years old in Florida. It was a banded bird. The previous known longevity record for the species was seven years.