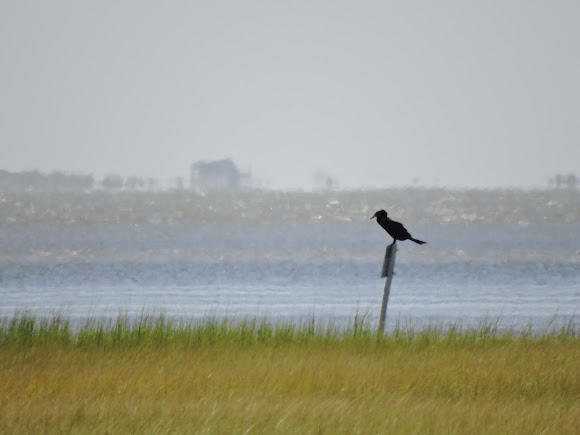 Captive birds will perch to dry their wings after eating, even if they have not gotten wet. Due to significant population increase and range expansion, the U.S. Fish and Wildlife Service published an Environmental Impact Statement on managing Double-crested Cormorant populations in 2003. The oldest documented wild Double-crested Cormorant lived to be seventeen years, nine months. The average lifespan of wild birds is about six years. A group of cormorants has many collective nouns, including a "flight", "gulp", "rookery", "sunning", and "swim" of cormorants.