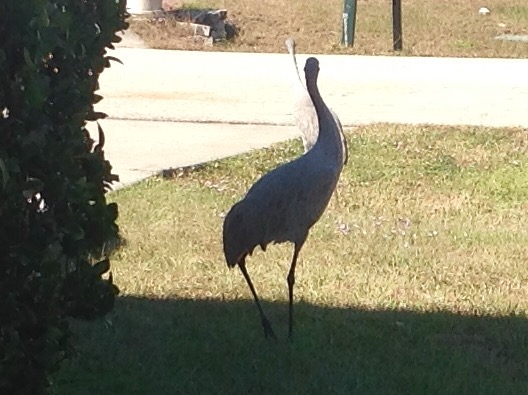 The two, Florida sandhill cranes that I saw: there necks and legs, were long and thin. They had a long, black, pointed beak. There forehead, has a bright red patch on it. There cheeks are white. There feathers are gray. There legs are black in color.