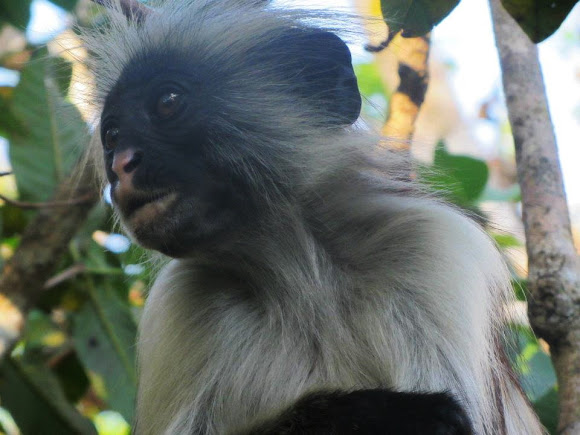 The red colobus (Procolobus kirkii) is a species of red colobus found on the main island of the Zanzibar Archipelago, off the coast of Tanzania. It is now classified as an endangered species and in the mid-1990s was adopted as the flagship species for conservation in Zanzibar. The population trend is still decreasing, and because this species is only located in the archipelago, conservationists are attempting to work with the local government to devise a proper, effective strategy to protect the population and habitat.

Great spotting Sandra,congrats and thanks for sharing