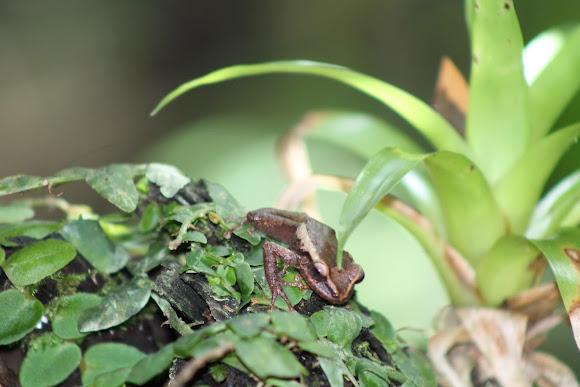 Common anphibian at the archipielago of Puerto Rico, this species inhabits mostly the mountinous regions of the island, though they can be found near the coast. The name is given due to their calls. The frog makes a "Co-qui" noise used both for territorail ownership of an area and attracting a mate. Due to the different species on the island each species sings at a different frequency which makes individuals hear their own species and literally do not hear another species.

These frogs inhabit bushes, leaf liter, decaying logs, near rivers or bodies of water, bromeliads,damp forests. They are common on the island of Puerto Rico and this individual was found at Toro Negro National Forest.