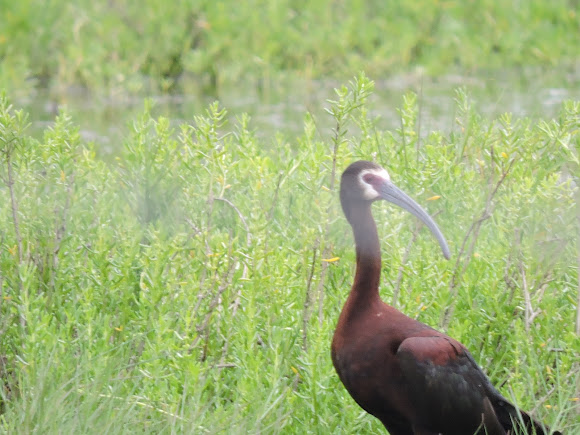 On average they live 9 years but the oldest on record was 14.5 years. taken from wiki "In the past, the white-faced ibis faced many threats from humans. Studies completed in Utah in the 1960s (before this species was added to the Migratory Bird Treaty Act) showed that 82.9% of recorded deaths in banded birds were a result of being shot.[3] However, the main causes of decline of this species previously were pesticides and habitat destruction.[4] The pesticide DDT caused eggshells to be so thin and fragile that parent white-faced ibises crushed the eggs when they were incubating them.[4] Also, since this species is so dependent on wetlands and marshes for both feeding and nesting, changes to water systems such as pollution and man-made draining of water habitats had devastating impacts on members of this species in the past.[6][7] In order to correct these damages, DDT was banned in 1970 and various programs were created to better maintain and protect wetland nesting habitats.[9] Yet, there is still some debate as to whether or not populations of white-faced ibises in all geographic areas are recovered and growing.[9]"