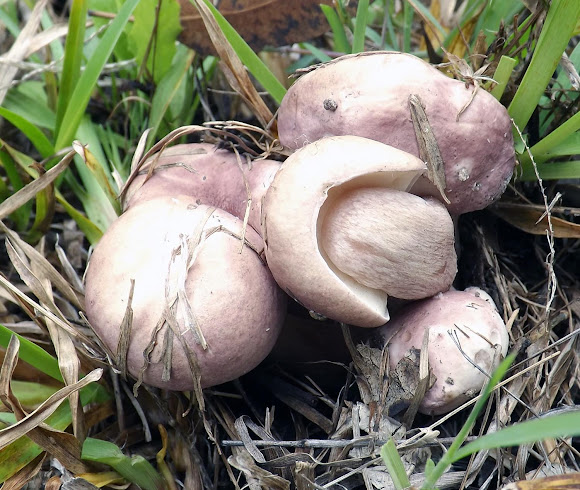 A tightly wound group of purple and off-white fungi with twisted bell shaped caps and no gills. The underside is white and the cross-section of the stem is white although the stem can be purple on the outside. No obvious scent. Smooth, firm and slightly moist despite the rain having ceased several hours previously. No structures on the thick stem.

Under the drip-zone of a group of smooth-barked bloodwood trees with several other species of fungi. In a meadow. Short grasses and clay soil with pea gravels which are probably of the type found in pre-colonisation years. No fungi found in that area beyond the drip-zone

# venusian fungi. No research yet