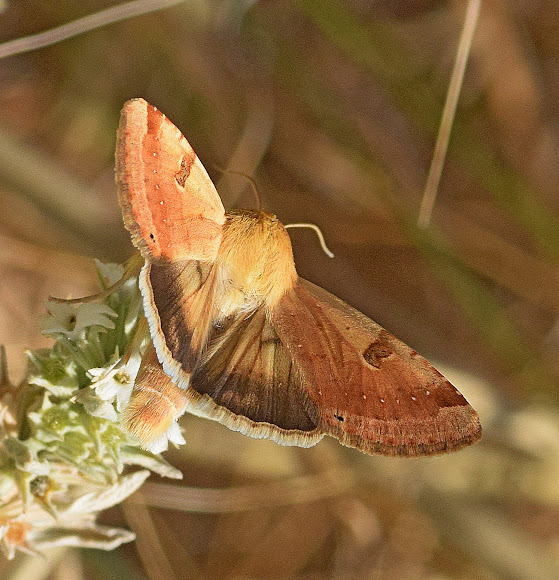 Foraging on Marrubium peregrinum. Heliothis peltigera, the bordered straw, is a species of moth of the family Noctuidae. It is found in Southern Europe and the Near East, but can be found further north too, because it is a migratory species. It is also present in most of Africa and in Asia, ranging to China and Laos.