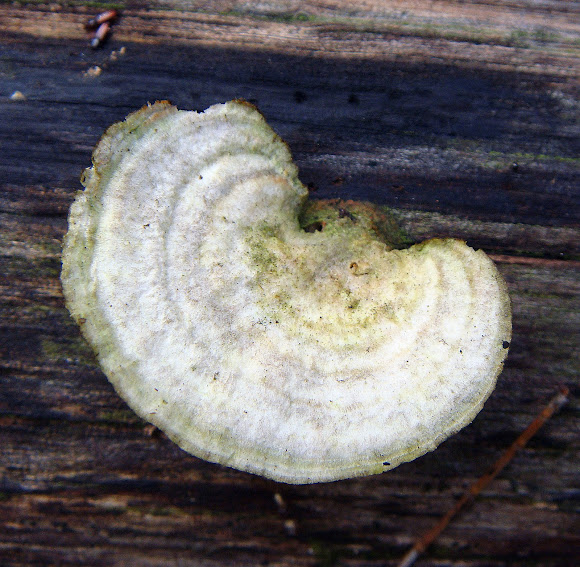 Spotted on deadwood alongside the Ehukai Pillbox Trail near the top of the bluff behind the coastal strand on the North Shore of Oahu. Note: Curiously, or coincidentally, or something like that, the referenced Wikipedia article reports that Trametes gibbosa is sometimes attacked by the larvae of wood-boring beetles. Images 1 and 3 of this spotting include (1) what I believe are wood-boring beetles and (2) what appear to be bore holes in the log. And, part of the margin of the polypore fruiting body nearest the beetles is missing. Might it have been eaten? (That’s a rhetorical question.)

Thanks for the ID suggestion Vlad. It certainly looks like you may be correct.

I did some looking around online and found that the distribution of Trametes gibbosa is worldwide, and apparently most common in Europe and North America.. However, I found reports of Trametes gibbosa in the Philippines and French Polynesia. I couldn’t find any information that Trametes gibbosa has been reported in Hawaii, but that doesn’t mean it’s not here, so I decided, absent evidence to the contrary, to go with Trametes gibbosa as the ID for this spotting.

I think that this is a Lumpy Bracket - Trametes Gibbosa.