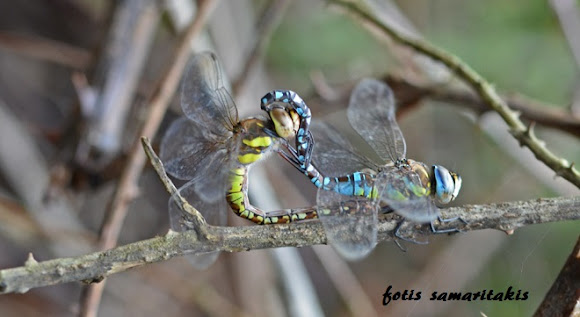 The migrant hawker (Aeshna mixta) is one of the smaller species of hawker dragonflies.A. mixta is a small aeshna which appears dark in flight. It is similar in appearance to other aeshnas but has a characteristic "golf-tee" shaped mark on the second segment of the abdommen (S2) which is diagnostic. In flight it looks like a small Emperor dragonfly with a blue abdomen which, when seen from the side, curves down.

A. mixta is found throughout central and southern Europe, north Africa, the Middle East and across Asia to China and Japan.