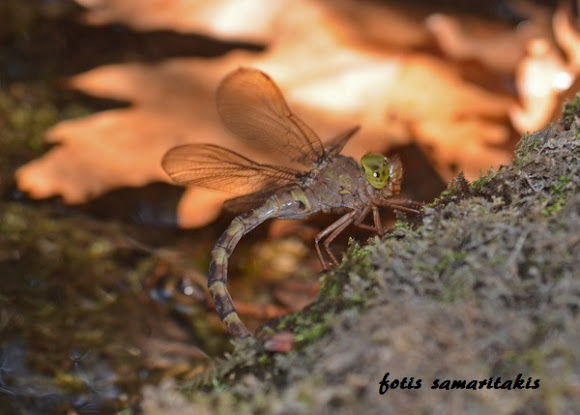 Boyeria cretensis is endemic to the island of Crete, Greece. Its present known extent of occurrence is about 2,120 km² (polygon method) and the species is presently known only from 21 places spread over 11 streamlets. Overall, there are no more than 2,500 mature individuals left in these populations. A future population and range decline is expected due to climate change and rapid habitat destruction due to water exploitation. All lotic (flowing water) habitats in Crete are endangered given the present climate trend and related increased water captation (capturing water at its source) developed as a reaction. Therefore this species is listed as Endangered.

Shady streams with clear water where there are Platanus orientalis trees.

Endemic to Crete island only.In the first photos we can see a female ovipositing on Platanus roots..the other photow we can see a male resting at a Platanus orientalis tree,