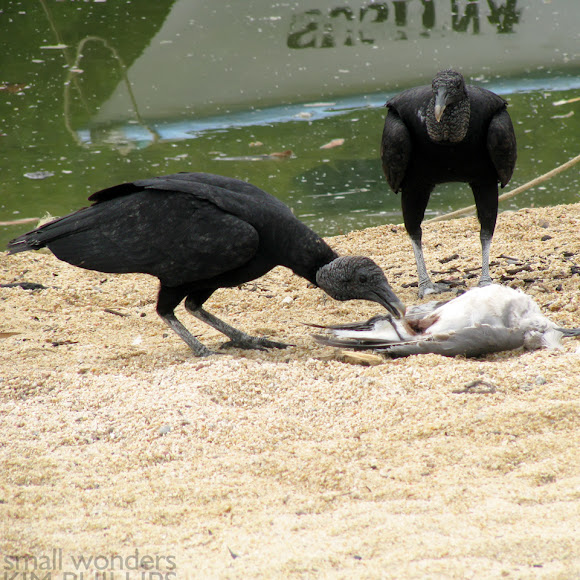 The Black Vulture's lack of feathers on the head enables the bird to insert his head into carrion without messing its feathers. In natural settings, the Black Vulture eats mainly carrion. In areas populated by humans, it may scavenge at garbage dumps, but also takes eggs and decomposing plant material and can kill or injure new-born or incapacitated mammals including livestock & deer. Like other vultures, it plays an important role in the ecosystem by disposing of carrion which would otherwise be a breeding ground for disease.

While I was walking the beach, a beach dog was feeding on this seagull & these vultures were standing behind. As I approached, instead of the vultues flying off, the dog fled as if it was doing something wrong and the vultures quickly came into to feed.