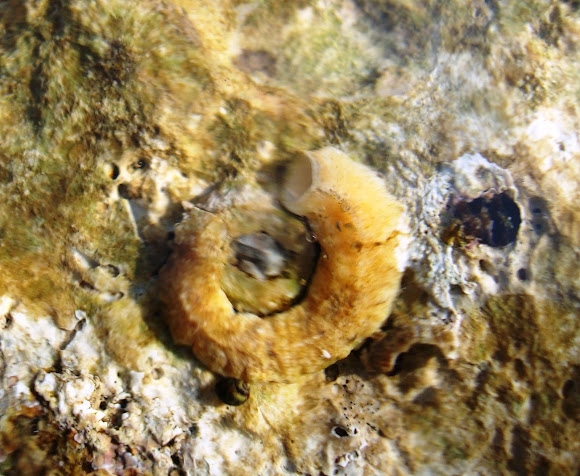 Spirorbis is a genus of very small (2 - 5 mm) polychaete worms, usually with a white coiled shell.

Members of the genus live in the lower littoral and sublittoral zones of rocky shores.pirorbis worms usually live attached to seaweeds, but some species live directly on rocks, shells or other hard substrates.

pirorbis was once thought to have a fossil record extending back into the Early Paleozoic, but now all pre-Cretaceous spirorbins are known to be microconchids. The earliest members of genus appeared in the Miocene, but Oligocene finds may also be possible.