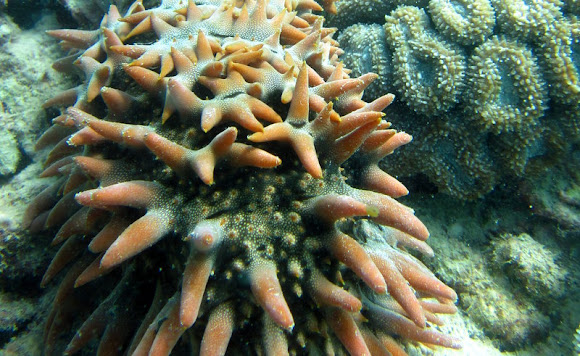 These Sea Cucumbers collect small traces of reactive metals and embed them into compounds that are infused into our blood when eaten. It is ancient Chinese knowledge that Sea Cucumbers bring health and power. It is said that the peasant Zhu Yuanzhang became the founder of the Ming dynasty because he ate a sea cucumber that had eaten pieces of heaven that had fallen into the sea. Wan Hu flew into space, Zhu Di conquered the Mongols and built the Forbidden City, and the Shaolin Warriors that can shoot invisible fireworks out of their hands are in fact Pineapple Sea Cucumbers that have taken the form of Monks. Guardian: Aimee Devoil