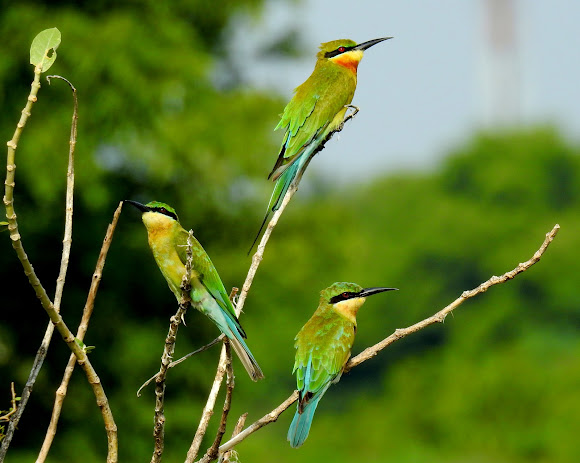 This species, like other bee-eaters, is a richly coloured, slender bird. It is predominantly green; its face has a narrow blue patch with a black eye stripe, and a yellow and brown throat; the tail is blue and the beak is black. It can reach a length of 23–26 cm, including the two elongated central tail feathers. Sexes are alike.

This is a bird which breeds in sub-tropical open country, such as farmland, parks or ricefields. It is most often seen near large waterbodies. Like other bee-eaters it predominantly eats insects, especially bees, wasps and hornets, which are caught in the air by sorties from an open perch.This species probably takes bees and dragonflies in roughly equal numbers. The insects that are caught are beaten on the perch to kill and break the exoskeleton