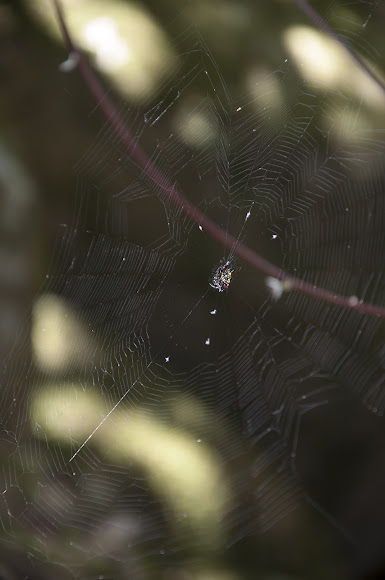 Also known as the Christmas spider or jewel spider, the spiny spider is found throughout most of Australia. It appears to prefer to live in shrubby woodlands, and is often found in colonies where large numbers of individuals congregate to construct their webs. Each spider makes its own individual web, but laced together the webs become large imposing structures capable of enshrouding entire bushes and causing annoyance to bushwalkers. Egg sacs are red brown in colour and vary in shape from pointed at each end to circular in shape. They are normally attached to a twig on the periphery of the web.