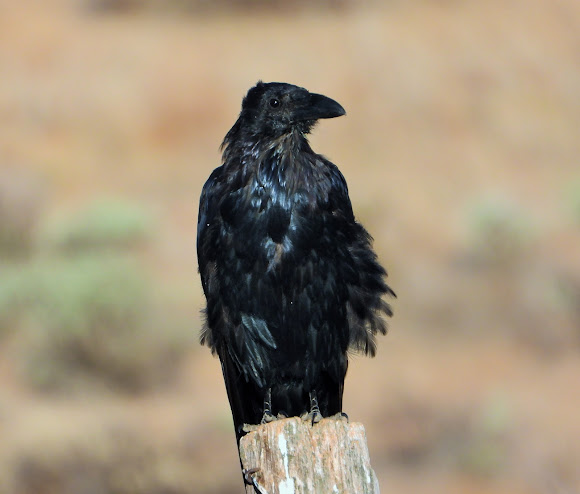 The common raven is a large black bird with a thick bill. It has more of a wedge-shaped tail than the crow which has a more rounded tail (pic3). Also, its wings are longer and less rounded.

Spotted along a farm road in eastern Washington state. The common raven is found throughout Washington state in many different habitats. Usually seen in pairs or small flocks.